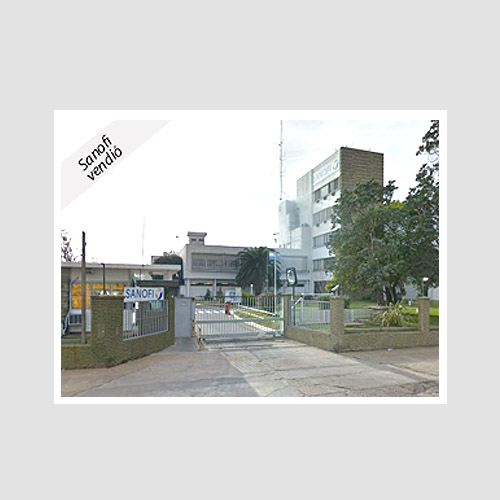 Brazilian firm Eurofarma has bought Sanofi’s plant in Lomas del Mirador, Argentina. The decision comes after a long process of due diligence in which the company, overseen by Mauricio Billi, looked closely at its figures.

Brazilian firm Eurofarma has bought Sanofi’s plant in Argentina. The decision comes after a long process of due diligence in which the company, overseen by Mauricio Billi, looked closely at its figures, as reported by Pharmabiz in May. See article.

Both companies declined to comment, but the move has been confirmed by reliable market sources.

The deal, sealed at close to $18 million, includes an agreement regarding the third-party production of Sanofi medicines. The plant, in Lomas del Mirador, produces liquids, solids and semi-solids – all mature products, including the popular Novalgina, Deltisona and Rifocina.

OTC products manufactured at the site include skincare line Adermicina and the Bronquisedan cough syrup. The plant produces 2 million units per month, a figure that may increase with the arrival of Eurofarma.

Sanofi admitted earlier this year that several production sites were generating high costs for the corporation and harming its profitability.

The plant is believed to require an estimated investment of $6.5 million to modernize and conform with regulatory requirements.

The curious aspect is Sanofi’s apparently changing policy on production sites. It sold off a plant in San Isidro in 2003, then seven years later bought the Lomas del Mirador plant from US firm MSD. Several years later, and the French firm is again to be without a plant of its own in Argentina. See article.

However, the decision is in line with the company’s global policy. In July, according to the Reuters news agency, the company held a meeting with union representatives to explain that several productions sites were costing too much money and damaging profitability. See article.

Eurofarma is to maintain Sanofi’s staff of close to 200 employees, which has been under the command of Eduardo Benítez for nine years.

For Eurofarma, the move forms part of the company’s expansion in Latin America. It took its first steps in Argentina in 2009 with the purchase of a small firm called Quesada, then bought Gautier in Uruguay in 2010, and Refasa in Peru in 2013.

It is currently operating from facilities owned by Gramon, a pharma company belonging to the Serra family, with a team of 35 people led by technician with little in the way of leadership skills Arturo Berger.