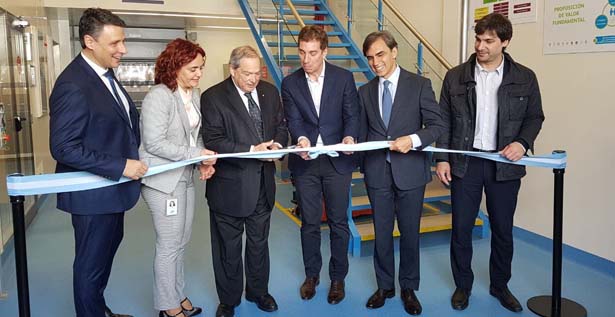 US drugmaker Pfizer has opened a new soft capsule production plant in the Buenos Aires neighborhood of Villa Soldati. The company has invested more than US$ 10 million to produce the new dosage form directly in Argentina.

US drugmaker Pfizer cut the ribbon today at a new soft capsule plant in Argentina.

The facility, located on the company’s historic Buenos Aires site in Villa Soldati, involved an investment of more than US$ 10 million, the company told Pharmabiz.

Overseen by the Argentine Adriana Belardinelli, the installations will be used to produce Ibupirac, an analgesic commercialized only in Argentina, where it has high market penetration.

Pfizer will now be able to make the new soft capsule form as well as the traditional solid form locally. The integrated production area will have an initial capacity to produce 180 million soft capsules a year, with the potential to increase to up to 300 million.

At an inauguration ceremony attended by Argentina’s Minister of Health, Jorge Lemus, the company explained that the new plant meant it could substitute imports for Ibupirac, which until now were coming from Brazil.

The main objective according to Edgardo Vázquez, Pfizer country manager, is to replace imports of the product, which currently come from Brazil.

The company is also looking into contract manufacturing soft capsules for third parties, which would see it compete with the giant Catalent, the main producer of soft capsules in Argentina.

With this latest investment, Pfizer is in a position to cover the demand of Argentina’s internal market and even to export to other countries in the region through servicing third parties.

Attending the opening ceremony were Argentine Minister of Health, Jorge Lemus, and the Deputy Mayor of Buenos Aires, Diego Santilli, among others.