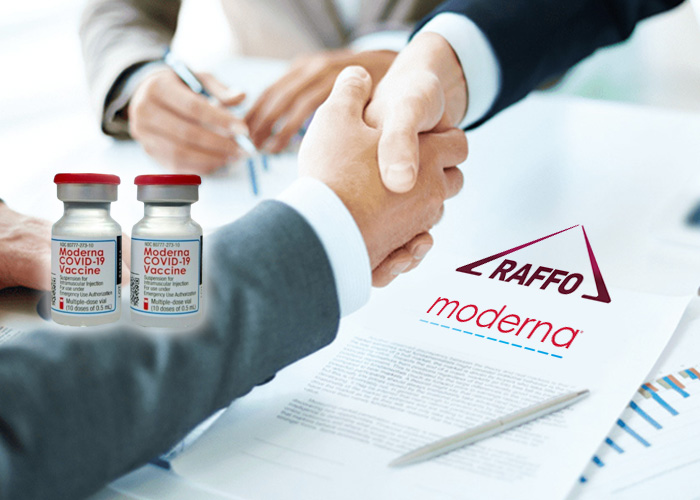 Latin America’s Grupo Adium is to represent Moderna in the region. The company, which counts Argentina’s Raffo in its stable, will be the visible face of the US drugmaker’s mRNA-based anti-COVID-19 vaccine.

Vaccines for COVID-19 continue to dominate the news, and a new player has joined the scene in Latin America. Adium, a pharmaceutical group based in Montevideo, Uruguay, will commercialise Moderna’s Spikevax across Latin America in an agreement that covers 18 countries including Brazil, Mexico, Argentina and Colombia.

In Argentina, Adium’s presence comes in the form of the local drugmaker Raffo. Pharmabiz understands that the agreement comprises different stages. In the first instance, it is expected that Raffo will participate in the management of Moderna’s contract to provide 20 million units of its COVID-19 vaccine in the first quarter of 2022, of which only 21.95% have been delivered to date. In a second phase, it’s expected that the local drugmaker will manage new agreements between the public sector and Moderna, which is led internationally by global CEO Stephane Bancel. Meanwhile, when the pandemic becomes endemic, the Argentine firm may cover private demand through pharmacies. See “Moderna: contract signed” in Spanish.

Raffo took on Eli Lilly’s portfolio, with its focus on diabetes and highly complex segments. This was last July, when the US multi decided to leave Argentina for the second time.

Raffo has a long experience in licensing agreements with companies of different sizes. However, it hasn’t marketed a vaccine for a decade now. The most relevant precedent was 10 years ago, when Solvay’s influenza vaccine Influvac formed part of the company’s portfolio.

Adium joins a growing network of partners that Moderna’s been building worldwide. Among them are Medison, for Israel and Eastern Europe; and Zuellig, for Asia. It’s been a busy couple of weeks for Moderna with the agreement for Latin America coming shortly after the company announced moves to expand its footprint in Europe and Asia.

Like Pfizer and BioNTech’s Comirnaty, Moderna’s COVID-19 vaccine is based on mRNA technology. Last year, in a conference call with investors, the company said it wants to harness the potential of mRNA to build a broader portfolio. For now, it already has nine potential vaccines in progress at different stages. These include possible candidates for seasonal flu, Zika, respiratory syncytial virus (RSV), cytomegalovirus, HIV and Nipah virus. mRNA technology could also open the doors to a new generation of cancer vaccines, something Moderna is already working on and has high expectations for. See presentation. / See Press Release.

It’s understood that Argentina’s Gador also put itself forward as a possible local representative for Moderna, backed up by its extensive licensing agreements, including its long relationship with the US’s Gilead. Bagó is also believed to have been among the candidates.