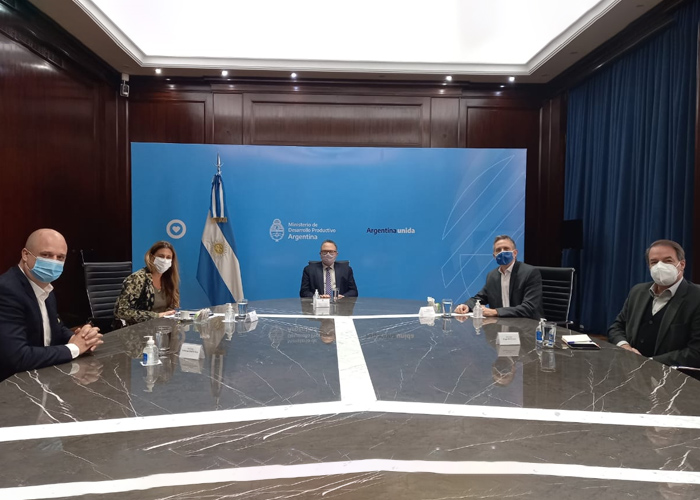 The Biotechnology sector advances slowly but steadily in Argentina, after the recent regulation of the Modern Biotechnology Law. Now the drugmaker Biosidus, owned by Acon Investments, has entered the COVID-19 arena with the signalling proteins interferons.

Biosidus continues to focus on biotechnology in Argentina and it’s now entering the area of COVID-19. The move comes as interferons are already being used in some markets for treatment of the novel coronavirus.

Interferons have not yet been endorsed for COVID-19 by Argentina’s regulator, ANMAT, but Biosidus is aiming to position one of its flagship products. The matter was one of the main topics on the agenda when Argentina’s Minister of Productive Development, Matías Kulfas, received the company last week.

That meeting came a few days after the Minister of Foreign Affairs, Felipe Solá, spoke publicly about a meeting with the Cuban ambassador, Pedro Prada. The two men had discussed a possible agreement on vaccines of Cuban origin, but they also spoke about Nasalferon, an inhalable treatment for COVID-19 based on the interferon alpha 2b. See release.

In parallel, Biosidus is developing an inhalable COVID-19 therapy based on interferon beta 1a through a 100% private investment with local company ProinVet, a firm that also operates in real estate, agriculture and production as well as genetics and biotechnology. The product is classified as «International Standard« by the European Pharmacopoeia. See release.

Currently, the drugmaker, which is led by the Argentine Mariano de Elizalde, allocates part of its production of interferon beta 1a to various markets, mainly in Latin America. They include Uruguay; Colombia; Paraguay; Dominican Republic; Nicaragua; Panama; Guatemala as well as Tunisia. However, since the beginning of the COVID-19 pandemic, the drug has been part of the list of critical products that require authorization to be exported.

Biosidus forecasts that the inhalable treatment under development could be on the market in about one year’s time. This assumes clinical trials taking at least six months. It’s notable that in the UK another firm is advancing with a study of similar characteristics. Synairgen has already reached phase III of its trials. See Synairgen site

Meanwhile, in Argentina, biosimilars is not an alien concept to the government. At the beginning of May, it issued a measure within the framework of Mercosur in which it set a 14% external import duty tariff for a set of pharmaceutical assets, including interferon beta 1a. Pharmabiz conducted a special investigation and prepared its own report to identify which drugmakers are impacted by the decision. See article in Spanish. 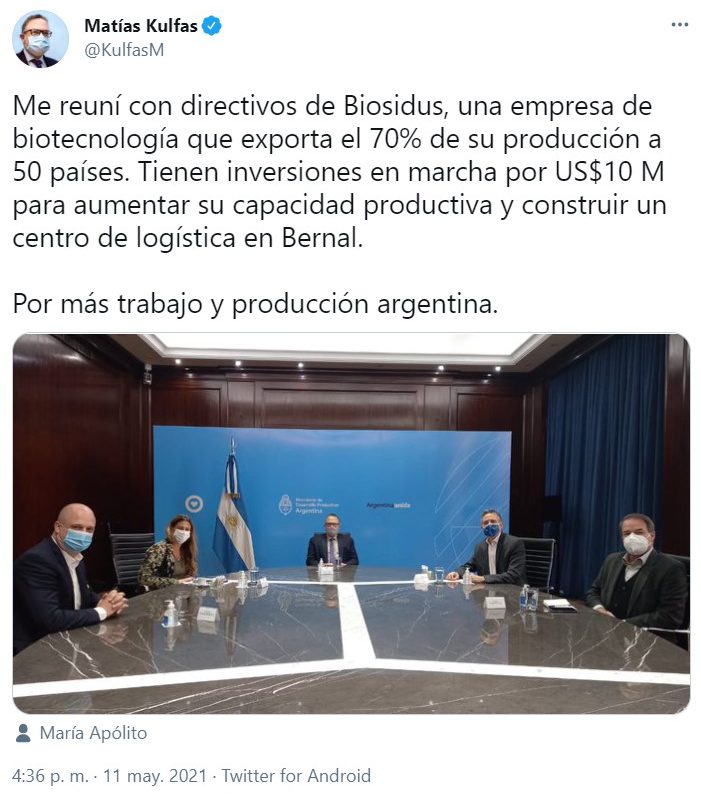 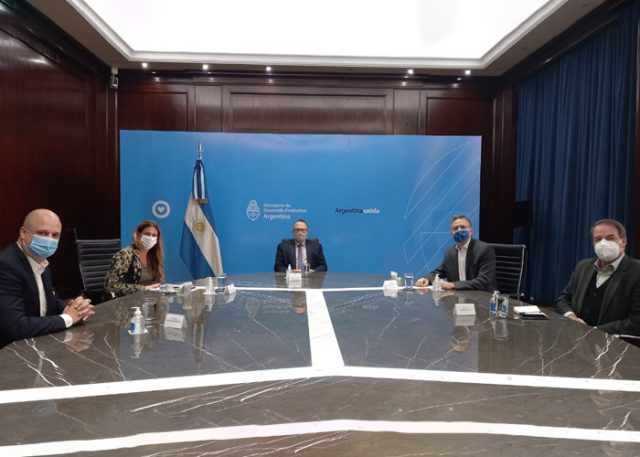