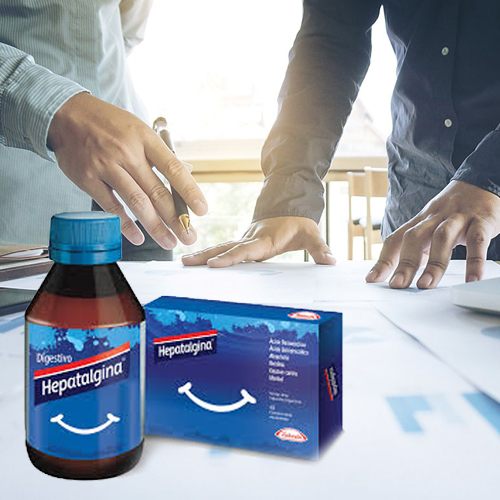 Argentina’s Elea-Phoenix wants to become the main local player in the OTC sector, which has traditionally been dominated by multinationals. It’s taken another step towards that goal with the acquisition of the popular cholagogue Hepatalgina.

The novel coronavirus is proving no obstacle against deals in other areas of pharma. Pharmabiz has learned that Argentina’s Elea-Phoenix has bought the cholagogue Hepatalgina from Japan’s Takeda.

The artichoke-based medicine has been manufactured in Argentina by local drugmaker Richmond since 2010. Richmond’s long-term manufacturing contract made it a favourite to take on the brand, but Pharmabiz was told that Elea beat the company to it with an offer of around US$ 5 million. Richmond will continue to manufacture the product for Elea at its plant in Pilar, Buenos Aires province.

The Argentine drugmaker has bought the brand from Takeda for around US$ 5 million, beating Richmond, which seemed the favourite candidate due to its longstanding contract to produce the product. Richmond will continue to make the product for Elea.

Hepatalgina joins a growing OTC bundle for Elea that’s been shaped by Agustín Gold, member of one of the company’s founding families. It includes the diagnostic test Evatest; the antacid Mylanta; the laxative Agarol; the hemorrhoid treatment Contractil; recently launched menstrual cup Evacopa; and the disinfectant Pervinox.

Hepatalgina was marked for sale as part of Takeda’s new business focus following its merger with Ireland’s Shire. The company has already sold off close to 20 brands in the region to Brazil’s Hypera – formerly Hyperfarma – at the start of the year. Most of them were then in turn acquired by another Brazilian company Eurofarma. Hepatalgina was the remaining jewel, which has annual sales of close to AR$ 146 million (US$ 2 million). See article.

It’s not the only deal in the OTC segment that Elea has secured this year. The company, owned by the Sigman, Sielecki, and Gold families bought a package of mature brands from Sanofi including Adermicina; Bio-Grip, Bronquisedan and the analgesic cream Rati Salil in March. See article.