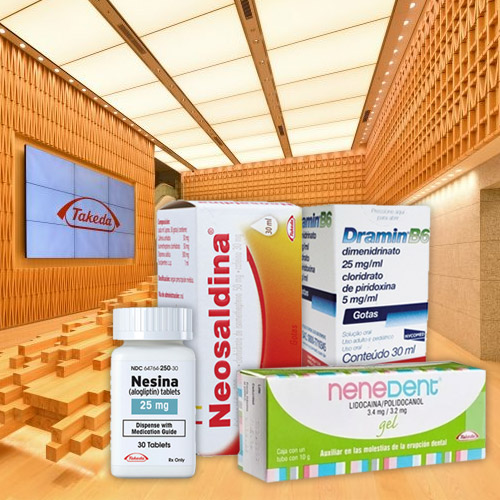 Since Japan’s Takeda acquired Shire in 2018, the drugmaker’s course towards a specialist focus has been set. The sale of its portfolio of mature drugs has been predicted. Two local brands have changed hands for now as part of a deal with regional reach.

Japan’s Takeda has sold a portfolio of 18 assets commercialised in Latin America to Brazil’s Hypera.

The Brazilian firm, formerly known as Hypermarcas has paid US$ 825 million in a regional agreement that covers 18 mature products, including both OTC and prescription drugs. See press release.

The deal covers brands including the analgesic Neosaldina, diabetes drug  Nesina and antivertigo medication Dramin. The package includes drugs maketed across Latin American in countries including Argentina, Brazil, Mexico, Colombia, Ecuador, Panama and Peru, all of which Takeda includes in its Emerging Markets region.

There has been talk for several years that Takeda may sell the major Argentine-origin brand Hepatalgina. That’s staying put in Takeda’s portfolio in Argentina for now, but this latest operation is being seen by many as a possible prelude to Hepatalgina also changing hands.

A package of 18 Latin American assets has been bought by Brazil’s Hypera for US$ 825 million. The package includes the names Budeson Nebu and Nene Dent in Argentina. Hepatalgina, one of Takeda’s products of Argentine origin has been retained in the Japanese multinational’s portfolio. Observers will be watching to see now whether Hypera will move into Argentina or seek a local partner to represent the company.

In Argentina, as far as Pharmabiz could ascertain, Takeda is letting go two brands: nebulizar drops Budeson Nebu; and gingivitis gel Nene Dent, both of which currently lack medical promotion. Hepatalgina, a major brand of local origin was not included in the operation because the deal focuses only on corporate brands sold throughout the region.

According to Takeda, this is the drugmaker’s fifth international divestment in the last 12 months. The president of the Emerging Markets unit, Ricardo Marek, said that the sale would allow the company to concentrate on innovative medicines that form part of its key business areas of Gastroenterology, Rare Diseases, Plasma-derived therapies, Oncology and Neuroscience.

In Argentina, where General Manager Gastón Domingues Caetano will oversee the transfer the 18 drugs sold to Hypera during the second half of 2020, observers will be watching to see whether Hypera disembarks in Argentina directly or seeks a local partner to represent the company.

Hypera has said that after adding these new assets together with the antiespasmodic drugs Buscopan and Buscofem, which it bought from Germany’s Boehringer Ingelheim in December, it will achieve a 20% market share in the Consumer Health sector in Brazil, and gain fourth place in the prescription medicines sector, below Aché; Eurofarma; and Sanofi. See Hypera presentation. See article in Spanish. 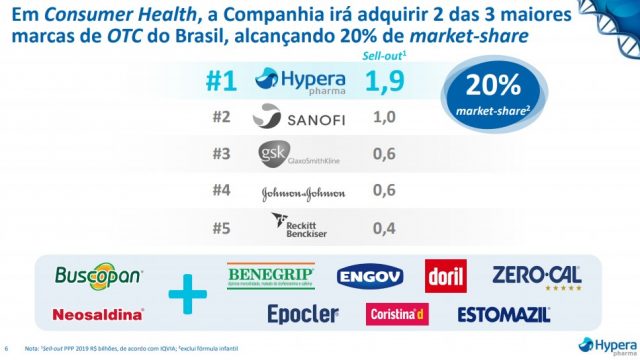 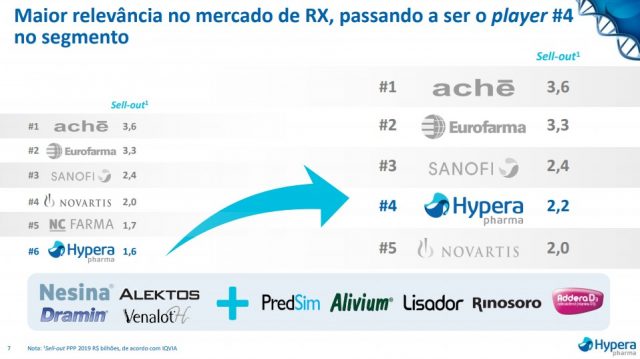 J&J packs up business in Argentina 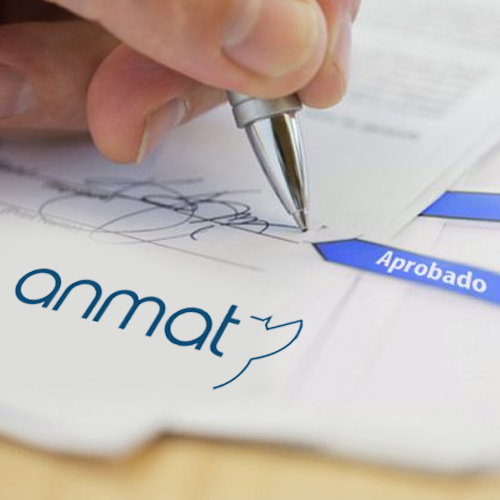