PharmaBiz.NET
Inicio English versions Novartis oncology, over and out 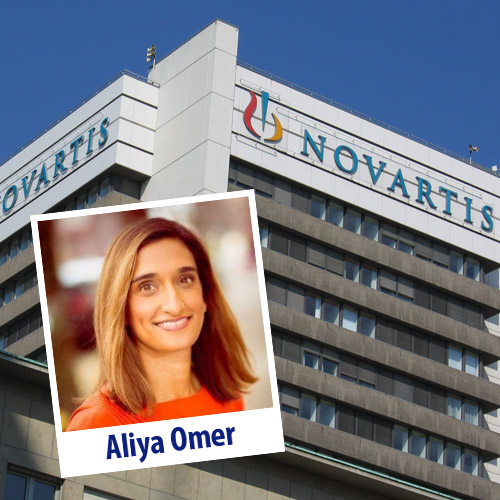 The team at Novartis Oncology in Argentina is waiting expectantly after learning that CEO Aliya Omer is moving on after barely a year in the country. Most of the team is said to have welcomed the news since Omer’s particular management meant several had to move departments of even leave the company.

We know the multinationals rotate their CEOs on cycles. In fact, the heads of the main pharma companies in Argentina tend to last around four years in a position, but there are tenures that are unusually short; such as the latest case at Novartis.

Novartis Oncology had placed Aliya Omer from the US to captain its southern sub-region, comprising Argentina, Uruguay, Paraguay and Bolivia for only a year and a bit. See article in Spanish.

Now the desk will be empty once more from December 1 when Omer takes on the position of vice president of sales  for the solid tumours franchise in the US. See letter

The exec had replaced the Argentine Gustavo Gil, who retired from Novartis after a decade at the top of the department. He had held the reins of what became  a key unit for Novartis – something that became clear in May 2016, when the company took the decision to grant it autonomy and its own hierarchy at the global level. See article

The engineer, who could barely speak any Spanish and caused multiple internal standoffs has no successor. Argentina’s current macroeconomic situation will weigh heavily in the decision, and could make it difficult to attract another candidate from the US used to receiving a salary in dollars.

Omer will leave Argentina following a very particular tenure of management that, as far as Pharmabiz has learned, meant execs moving to other divisions or even leaving the company due to Omer’s obtuse style and insistence in pursuing closed strategies without knowing the local terrain.

The big question now is who will replace her as head of Novartis Onco in Argentina. According to what Pharmabiz has heard, the country’s current macroeconomic situation with a recent drop in the local peso’s value against the dollar is expected to make it difficult to attract anyone from overseas.

At the same time, Omer, who could barely speak a few words in Spanish, is leaving the country having created a novel enterprise named «Chispazo Inicial» (Initial Spark) that aims to attract entrepreneurs who want to premier a new idea or project. The basis of the initiative is reflected in Omer’s view of the country in the short time she has been here. Her claim to have been alarmed by «inequalities in the Argentine health system,» which was taken as a curious reaction since Omer heralds from the US with its famously high healthcare costs. See website

The company has several star products in the unit, which was created through the combination of Novartis’s oncology assets with those of Britain’s GSK. Highlights of the portfolio include Kisqali for breast cancer; Rydapt for acute myeloid leukemia and Tasigna and Glivec for chronic myeloid leukemiaeucemia. See article