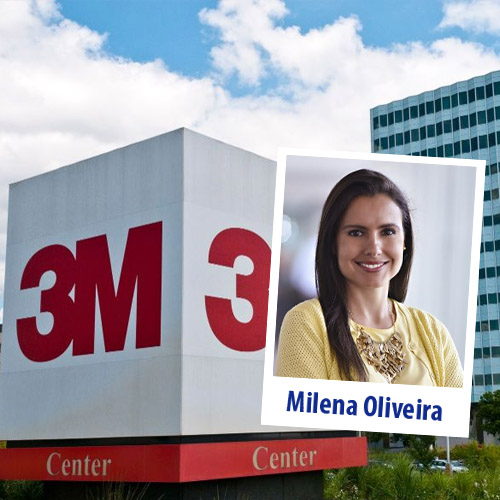 Multinational conglomerate 3M has decided to shut down all three of its Argentine plants including one that manufactures aerosol nebulizers for asthmatics. It will be the first time a pharma plant has shut down in the country outside bankruptcy procedures.

US-based 3M has made the decision to shut down its three manufacturing plants in Argentina, one of which focuses on finished products for the pharmaceutical sector.

The decision was taken by Brazilian Milena Oliveira, who has been at the helm of the conglomerate’s operations in Argentina, Chile and Uruguay, for less than a year, running operations from Chile.

The company’s current pharmaceutical plant in Argentina has been located in Hurlingham, in Buenos Aires Province since 2006, having moved from the Buenos Aires City neighbourhood of Mataderos. There under the stewardship of technical director Gustavo La Rosa is turns out close to 10 million aerosols for inhaling. As far as Pharmabiz could ascertain, around 20 operators and technicians work at the plant.

Sometimes an investment seems to mean nothing. Only seven years ago, the company invested AR$4.5 million in Argentina in a new digital printing plant focusing on the motor industry. Now it’s pulling down the shutters on all of its local manufacturing operations.

According to information received by Pharmabiz, the company will continue to manufacture well-known brands of bronchodilators which are sold both on the Argentine market and in the wider region and include Ventide from the UK’s GSK and Neumotide from local company Elea-Phoenix.

3M began manufacturing pharmaceutical products in Argentina after fusing with Laboratorios Riker, which the company purchased in 1981. One company in Argentina that produces similar products is local company Cassará, which has a plant in Buenos Aires’ Mataderos neighbourhood. See article in Spanish.

Beyond the significance of the closure in itself, Pharmabiz’s research finds there to be no past record of the closure of a pharmaceutical plant in the country aside from exceptional bankruptcy cases.

3M manufactures nebulizers in Argentina for the UK’s GSK and local company Elea-Phoenix. Elea has already reacted and will make its brands Neumotide and Neumotex at its own plant in Villa de Mayo, Buenos Aires Province, where it is developing a dedicated area.

As far as Pharmabiz can ascertain 3M’s pharma plant has no new owner as yet. The company is believed to be aiming to sell it as a ready-to-go package including the assets, liabilities and staff with a price fixed by headquarters, but given the local economic situation, it may not prove easy to find a buyer who accepts the entire package.

Local drugmaker Elea-Phoenix has been quick to react and its preparing an area of its own at its plant in Villa de Mayo, Buenos Aires, in order to manufacture itself the products that until now it has outsourced to the US multinational. It is not yet clear whether other brands affected will take the same measures.

It’s not the first time that 3M has put the breaks on local manufacturing. In 2009 «owing to changing global technology», the multinational wound up its production of tape for diapers at its plant in Hurlingham.

Three years later, the company announced the investment of AR$4.5 million(*) for a new digital printing plant for the motor industry. That plant will also now be closing on October 15. See article in Spanish on Política Online.

It was unknown at the time of reporting what will happen with the site that will cease operating in Hurlingham. The company had established multiple requirements for any buyer but it may prove difficult to find in Argentina at this moment a candidate to take on the assets, liabilities and staff working at the plant.

As well as the Hurlingham, 3M is shutting won the plants that company took on in 2008 with the purchase of the company Kolors Kevarkian and where it makes home products under the brand Fiorentina. These plants are located in Rawson, Buenos Aires Province and Río Grande, Tierra del Fuego.

Internationally, 3M’s CEO is Mike Roman, who took up his position in July 2018, having spent 30 years at the conglomerate. In its financial results for 2018, the company had dedicated a subheading to Argentina in which it had noted that operating profit in the country represented less than 0.5% of 3M’s entire consolidated operating profit for the year.

Aside from this closure, another site that fills aerosols, but for cosmetic use, recently changed hands in Argentina – the former Exal site, which was acquired by local company Queruclor. See article in Spanish.