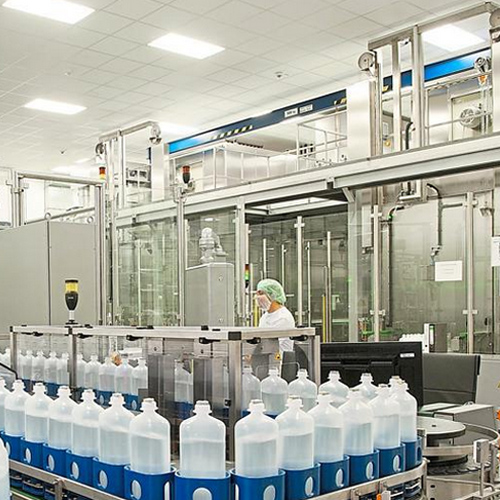 Argentina following the rest of the world and has ordered drugmakers to produce parenteral preparations exclusively through closed system technology. To meet the ANMAT‘s new regulations, Germany’s B. Braun is investing €30 million to build a new plant in Mar del Plata to produce for the local market.

German drugmaker B. Braun is investing €30 million in a new plant in the Argentine coastal city of Mar del plata.

The company, which focuses on infusion therapies, is making the move to comply with a 2017 regulation from Argentine regulator ANMAT that demands companies in parenteral solutions move production to closed system technology.

The new rules came into effect in November 2019. See article in Spanish.

The move puts the company ahead of the pack in an intensely competitive sector. The majority of the dozen firms competing in the sector are Argentine companies, and many have not yet managed to update their plants to meet the new regulations. As revealed by Pharmabiz, some have even appealed against the regulations. See article in Spanish.

Meanwhile the B. Braun plant is already operational. It’s focusing for now on mass production of parental solutions exclusively for the local market. The company says it will not be open to outsourcing.

In what is an extremely dry period for investment in most industries in Argentina, Pharma is bucking the trend this summer with several investments in manufacturing sites. Others include a new biosimilars plant from Grupo Insud to open on February 20 in Garín.

The company led locally by Fernando Caetano from Chile has three parenteral solutions plants in the region. As well as Argentina, it has factories in Brazil and Peru. The new plant in Mar del Plata will supply the local market initially but the intention is to reach other markets in the Southern Cone in the future. See article in Spanish.

B. Braun competes in the sector in Argentina with Laboratorios Jayor -which inaugurated its plant in the Pilar industrial Park outside Buenos Aires in 2017 – and with Tecsolpar, which operates in the city of Balcarce. Another local company in the sector is Norgreen in Mar del Plata. See article.

There’s also US drugmaker Baxter, which imports  soluciones parenterales to the Argentine market through Comarsa, it’s local representative. The smaller companies in the sector are Rivero with Par-Sol and PolyBius, then Rigecin; Ramallo. Roux Ocefa is now out of the game. See article. See article.

B. Braun houses parenteral solutions in its Hospital division, in one of its four business units alongside Dialysis; Out Patient Market; and Surgical.