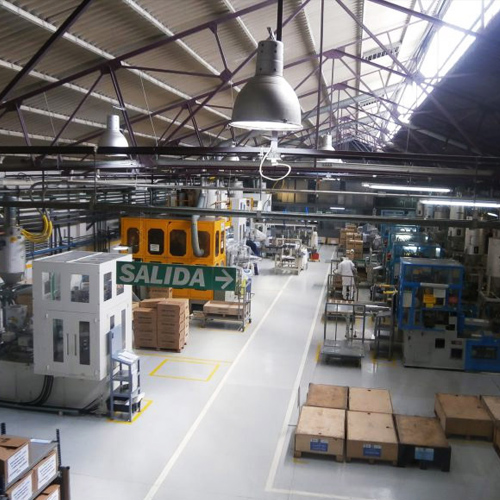 Another German company that left Argentina at the end of last year is now generating new cuts in the sector a year later. Half of the technical staff at what was Gerresheimer’s plastic packaging plant, now owned by local drugmaker IMAP, are to go. The plant itself has already been dismantled.

The roll of Voluntary redundancies in the sector continues in Argentina. In the manufacturing sector, the local company IMAP, which belongs to the Holste family, is halving the workforce that it inherited from Germany’s Gerresheimer.

The company, which produces polyethylene medicine containers in tubes and caps for effervescent products, took on Gerresheimer’s Argentine business last year after the German company decided to bid farewell to Argentina.

Gerresheimer‘s business had been hit by a decline in orders from Bayer Brazil and a drop in demand for containers for medical samples. The business has since seen a recovery during the COVID-19 pandemic but the company didn’t hang around to see that turn in the tables. The local business was led by the Argentine Ariel Antolinetti.

Gerresheimer touched down in Argentina in Argentina in 2008 when it bought EDP. It packed its bags at the end of last year and has since been followed by it compatriots Stada, which left its Vannier generics business in local hands. Pharmabiz learned that in both cases the business was ceded to local companies for the symbolic sum of €1. See article on Stada’s exit.

IMAP, owned by Heriberto Holste, his son Federico and nephew Juan, inherited Gerresheimer’s equipment and 40 employees close to the All Boys football stadium in the neighbourhood of Monte Castro in the capital, Buenos Aires. But it was clear for the beginning that the majority of the staff would not remain in the company since the Gerresheimer plant is almost 40km from IMAP’s. See IMAP website.

Employees of the former European subsidiary were left with a bitter taste in the mouth. Their former German bosses had offered no warning before announcing its exit. Just a month before Gerresheimer’s withdrawal was announced, Niels During Pedersen, a member of its global board, visited Argentina and spoke of new projects, without letting slip that a decision had been made to leave the country. After that came long negotiations on exit agreements under the umbrella of IMAP, whose workers are members of the plastics union, UOYEP.

Pharmabiz has been told off the record that the redundancy agreements reached equate to 80% of standard severance pay. Payments will be made in different formats and in up to eight installments.

IMAP, whose general manager is Francisco Allegro, is currently moving ahead with the transport of equipment from the former Gerresheimer plant to IMAPS premises in the province of Buenos Aires. The move will allow it to increase its capacity by 100 tons a month adding ISB injection, bi-oriented blowing in PET bottles to its existing polyethylene containers and polypropylene caps and tubes. The company currently holds close to 70 per cent of the market for plastic packaging in Argentina.

The other firms that compete in the sector are all local companies: Plastimec, Grupo Altec, Viha, and Envases Group, formerly Envases del Plata, which acquired the British company Amcor‘s operations in the middle of this year. See Plastimec website. See Grupo Altec website.

J&J packs up business in Argentina