Swiss drugmaker Novartis is closing the shutters on its cardiometabolic unit in Argentina. As far as Pharmabiz could learn, the mature products Diovan, Galvus and Exforge are being moved off-stage resulting in 35 layoffs.

The triad of products in the unit – the valsartan Diovan, Exforge for hypertension, and Galvus, para for diabetes – will no longer be promoted. The same move has previously been made in Mexico and, in recent weeks, Brasil.

The unit, under the control of Paula Serrago, is thought to be laying off close to 35 staff, but a large percentage of the current team are trade union representatives, which may draw our negotiations.

The decision comes under the management of new local CEO for Pharma, French women Sarah Bonhomme, but is part of a global strategy now reaching Argentina this year.

For now, the medinces have not found local buyers, but the chance that they could pass to a local drugmaker has not been ruled out. The local Bagó group continues to maintain its co-marketing on Galvus under the names Zomarist and Glucemix.

Novartis managed to avoid last year’s storm around the valsartan recalls caused by raw material from China because as the creator of the molecule, it makes its own at its own facilities in Switzerland, Ireland and the UK.

Novartis’ latest move in Argentina is in line with the strategy of several multinationals that are progressively letting mature drugs go to focus on innovative products. Results reflect the trend, with Novartis seeing a 3% drop in sales of established drugs over the past year. 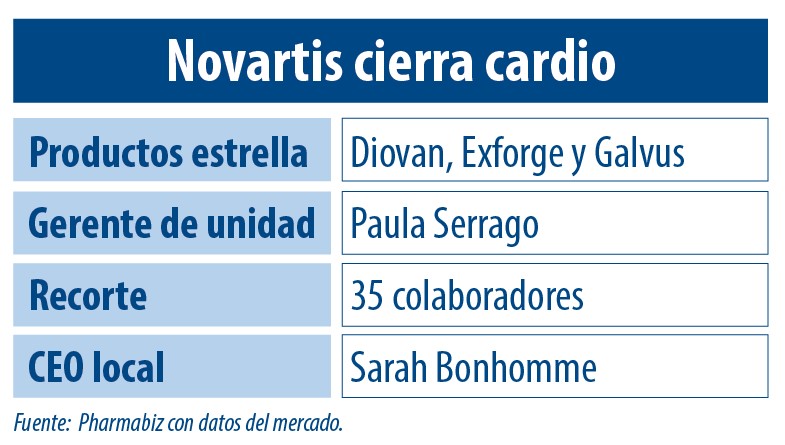 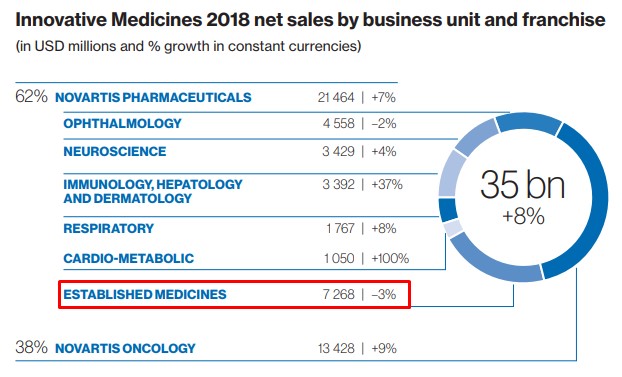