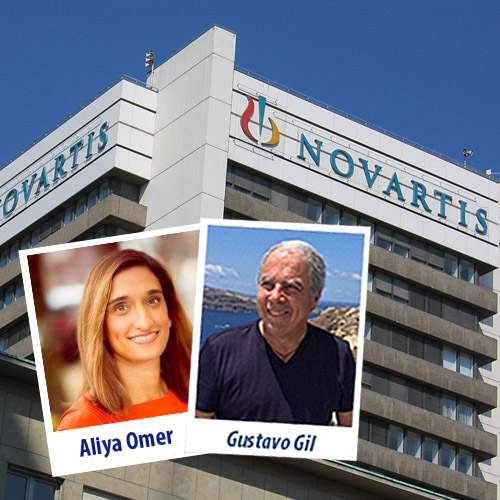 Gustavo Gil has retired from Swiss drugmaker Novartis. He led the oncology division in Argentina for more than a decade. The American Aliya Omer takes his place.

May will be a key month for Novartis’ local oncology business in Argentina, with section head Gustavo Gil stepping down after a decade in the position.

The Argentine director, who is retiring, held the reins at a business unit that became key for Novartis, and which has enjoyed its own hierarchy and autonomy since May 2016. See article.

Taking his place is the American Aliya Omer, who is already in place in the role of general manager for the Southern sub-region, which comprises Argentina, Uruguay, Paraguay and Bolivia.

In may 2016, the oncology division acquired its own weight and autonomy within Novartis. The division’s current form stems from the combination of Novartis’ own oncology business with that of British drugmaker GSK.

Novartis has several star products and others that are already starting to make waves. Just one month back, the FDA approved Kisqali for metastic breast cancer after granting it the US regulatory body’s breakthrough therapy designation, while last Friday, the FDA gave the green light to Rydapt for acute myeloid leukemia and blood disorder. See article. See article.

The current shape of Novartis’ oncology division comprises a combination of Novartis’ own assets and those of British drugmaker GSK, acquired through a strategic operation two years ago. The Swiss firm’s main brands include Afinitor, for pancreatic, kidney and breast cancer, Tasigna and Glivec, for chronic myeloid leukemia; Exjade, for iron overload; Jakavi, for myelofibrosis; and Revolade, for a type of leukemia. See article.

The outgoing executive, who knows all the ins and outs of the local market, is already on the lookout for new opportunities.