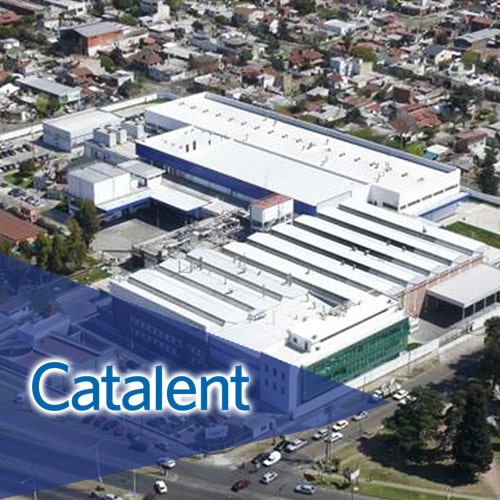 The Softgel specialist Catalent is expanding its capacity in Argentina. Led locally by Hernán Mellone, the company, which dominates the local softgel market, will invest an estimated US$ 5 million in a new plant.

US softgel specialist Catalent hasn’t been put off by the ongoing lockdown, nor the local recession.  The company, which manufactures softgel capsules for local products such as the analgesic Actron and the antispasmodic Buscapina, is to expand the capacity of its Loma Hermosa industrial complex in the province of Buenos Aires.

The company will invest close to $US 5 million to build a third plant at the site in order to expand its manufacturing volume by 10.5 million units per year. The site currently has an installed capacity of between 3.5 and 4 billion capsules a year.

Softgel capsules have long been associated with over-the-counter analgesics, but Catalent now aims to also capture the oncology segment, and other highly complex therapeutic areas.

The new segregated plant will be dedicated to manufacturing softgel capsules for high-potency APIs, allowing it to respond to a wider range of demand from the industry and cater for complex treatments in dynamic and innovative areas such as oncology.

The company, led locally by general manager Hernán Mellone, aims to complete the expansion by late 2021. In 16 months the  trio of Argentine plants will be in synergy with the company’s two manufacturing sites in Sao Paulo, Brazil – in the municipalities of Indaiatuba and Sorocaba, respectively. The whole regional operation is run by the Argentine Sergio Alter.

The new plant will be an addition to the two that are already operative at Loma Hermosa. The two existing plants supply the local market, producing softgel capsules for products including Roemmers’ antispasmodic Sertal and GlaxoSmithKline’s analgesic Ibuevanol while also exporting to Latin America, the US and Europe. Export capacity will be reinforced with the new plant.

The other manufacturers of softgel capsules in the country include the US’s Pfizer, which, under Edgardo Vázquez, cut the ribbon of a softgel facility at its plant in the neighbourhood of Villa Soldati, in the capital Buenos Aires. There’s also the local drugmaker Dromex, owned by Julio Scardigli and Oscar Andrés, which has had a softgel plant at Ezeiza industrial park since 2013. See article on Pfizer’s soft capsule plant. See article on the opening of Dromex’s plant