PharmaBiz.NET
Inicio English versions Marken (soon to be UPS) cuts the ribbon at new facilities in... 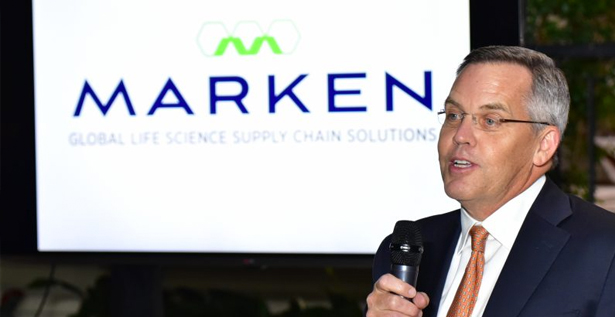 Pharmabiz was present as the clinical trials logistics company Marken cut the ribbons on a new operations centre yesterday.

Pharmabiz was present as the clinical trials logistics company Marken cut the ribbons on a new operations centre yesterday.

The company’s global CEO Wes Wheeler attended the event, along with its vice-president for North America Mark Hembarsky, vice president for commercial operations in Latin America Julio Villamayor, and general manager Antonio Beloto, who splits his time between Argentina and Brazil.

In a month’s time, the  company will form part of logistics giant UPS, which acquired it at an international level just ten days ago.

The company invited it’s customers, mainly CROS, and different members of the pharmaceutical industry to the event, where it announced the inauguration of a new deposit and operations centre in Tortuguitas, in the Malvinas Argentinas district. The facilities will replace a former site in Florida, Buenos Aires Province.

Almost simultaneously, the company will begin to operate as a specialised arm of global logistics giant UPS. The transaction is expected to be completed next month. The company told Pharmabiz it would maintain an independent business.

It is expected that the new Marken-UPS will continue to be strong in Argentina, owing to the key role it has always played in the area of clinical trials.