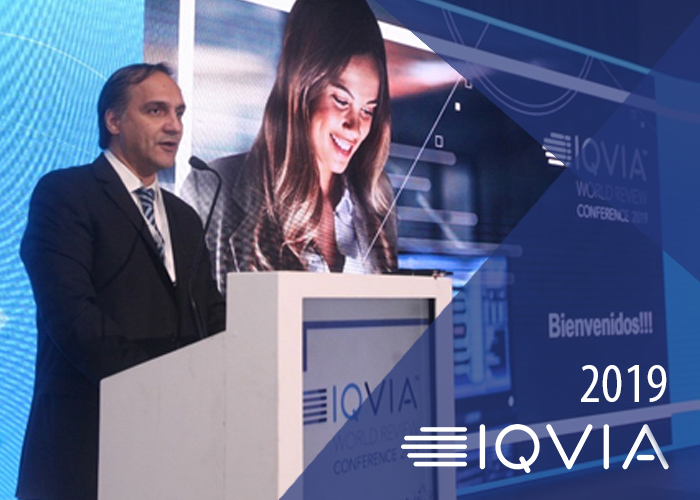 The 2019 edition of the IQVIA World Review took place today at  a hotel outisde of Buenos Aires, Argentina. Topics included the strengths and weaknesses of social security systems in the region. Former head of health services in Argentina Luis Scervino put the focus on the intangibility of resources belonging to the country’s fund that subsidises public health.

A new edition of IQVIA World Review took place today, Thursday June 13, at a Hotel Wyndham in  the private neighbourhood of Nordelta outside Buenos Aires. Pharmabiz attended the event, which brought together funcionaries, providers, drugmakers, pharmacies and retailers. It was hosted by Juan Manuel Santa María, IQVIA head in Argentina.

Murray Aitken, executive director of the IQVIA Institute, kicked things off with an overview of the state of the art of the pharma industry internationally. He highlighted the fact that in 2018 there were approvals for 59 innovative therapies and that global pharma was expected to grow 3-6% for 2023.

He also suggested where the big announcements would come, saying that almost 100 biotherapies were at an advanced phase of development in oncology. He emphasised that 711 companies were dedicated to investigation and development in this area and also indentified the contribution of emerging drugmakers.

the stars of the day were presented by general manager of IQVIA, Juan Manual Santa María: the major public contracts that continue to flex muscle in Argentina, joint purchases and new norms for negotiating prices. He said these would increasingly change the dynamic of the market.

Juan Manuel Santa María, put the focus on macro aspects and the unique dynamics of the Latam region. He said there were great problems with accessibility in all Latin American markets but highlighted the case of Colombia where electronic prescriptions are already being used. At the same time he pointed out that Latin America is one of the regions with the largest growth projections. According to IQVIA estimates, the region could grow 7% per year from 2018 to 2023.

However, he admitted it was difficult to talk about «one market» and mentioned that the prescription medicine market in Argentina had fallen -8% in dosage units so far this year.

He added that he didn’t expect to see a recovery of volume in 2019 and expected to see a total retraction of -1.8%, while there may be some recovery in 2020 if economic activity improves.

This year, for the firs time the World Review held several parallel conferences based on specific interests. These included a specific panel on the growing problem of health coverage presented by innovative products that affect the market owing to their high prices. 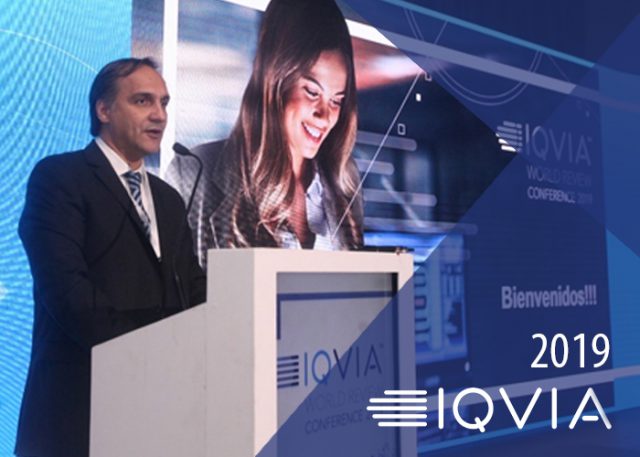