The French cosmetics company L’Oréal lost its focus in Argentina some time ago. But an incident this past week offered more evidence of the company’s current malaise. Its professional products division convened an event at Buenos Aires’ famous Teatro Colón opera house and left its lack of management painfully espoused, and its reputation tarnished.

Since the Argentine market became insignificant for the L’Oréal group with a round of layoffs seven years ago, the company just hasn’t been able to find its course in the country. And it continues to make headlines as a result. See article on 2015 dismissals (in Spanish).

The latest controversy involved an evening of chaos at Buenos Aires’ highly venerated opera house, the Teatro Colón. L’Oréal’s Professional Products division, led in Argentina by Germán Gignone, organised an event to celebrate 30 years in the country for Majirel, its affordable brand for hairdressers, on Monday, April 11. Stylists were invited to the event, but it appears Instagramers, were given priority over the clients that buy the company’s products each month.

What happened? Thousands of clients descended on the famous theatre, many coming from other parts of Argentina, cancelling their appointment schedules in order to travel. Many did so at considerable expense due to the conditions of the event (gala dress) on top of the cost of travel for the brief visit.

One would think the most basic step involved in organising any event would be to consider how many people will attend. But no, it seems this

elementary requirement was overlooked by a company that relies on dozens of third parties «specialised» in communication and public relations. This wasn’t the only problem, however. Just as controversial among the brand’s clients was that hordes of supposed «influencers» managed to enter the theatre while the client stylists themselves were left outside.

The company, which has let a lot of its best people go in recent years and now has a hyper-juniorised marketing staff, overinvited clients, who came from all over Argentina. The result? A large number of stylists couldn’t enter due to the total lack of planning on the part of a company that always had events as part of its DNA. The were chaotic scenes outside and a window was broken in the confusion.

Extremely disappointed customers didn’t hold back in making themselves heard on social media. For instance, Miracles Almirón, a stylist from Buenos Aires, posted on Facebook in the ad hoc group baptised «L’Oréal at the Colón«: «Last night I was there and I couldn’t get in. This is a scam, since it was necessary to have made purchases in 2022 and if you hadn’t made purchases, you had to make one.«

Others agreed. Demaria Showroom, wrote on the Lorealpro profile on Instagram, that «you let in influencers who have no interest in the brand and not the people who have worked with you for a long time.» Sauvage.Cheveux claimed «you allowed anyone to enter rather than look after the salons that buy the brand, and who you live on.» 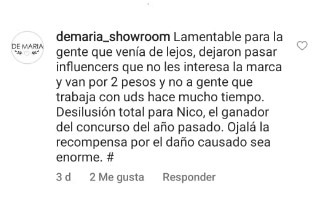 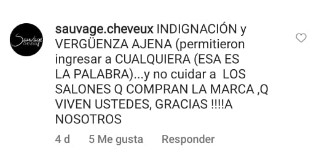 Meanwhile, Maddy Professional said it was «a total lack of respect for the stylists who sell this brand. We should have been on the red carpet, not the influencers who know nothing and get everything given to them for free.»

Dibastiano Estilistas said «we bought clothes, shoes, make-up, we travelled from La Plata. I’ve written to my distributor and nobody answers. It’s an outrage«. The user encouraged colleagues to stop buying L’Oréal, adding «there are lots of Argentine brands with good prices.» 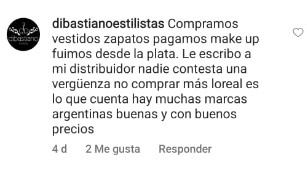 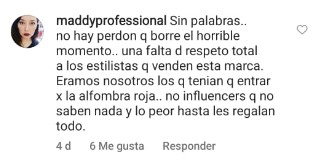 Faced with a customer rebellion and a sales disaster for the division, the company was left with no choice but to respond. Gignone himself has already sent a letter to the salons informing them that another event will be held within the next two months. Many customers remain unimpressed, however, and instead say the company should reimburse their expenses and provide discounts on future purchases.

The event also highlighted the futility of the marketing surveys and awards doled out everywhere, almost all through advertising investment. Just four months ago, the person in charge of corporate matters at L’Oréal in Argentina, spoke of the company’s pride at having evolved in «terms of corporate reputation» as the company was named in a ranking of those with the best reputations in the country. But after this public disaster, the company is unlikely to be gaining such plaudits again any time soon, at least not if it has any decorum left. 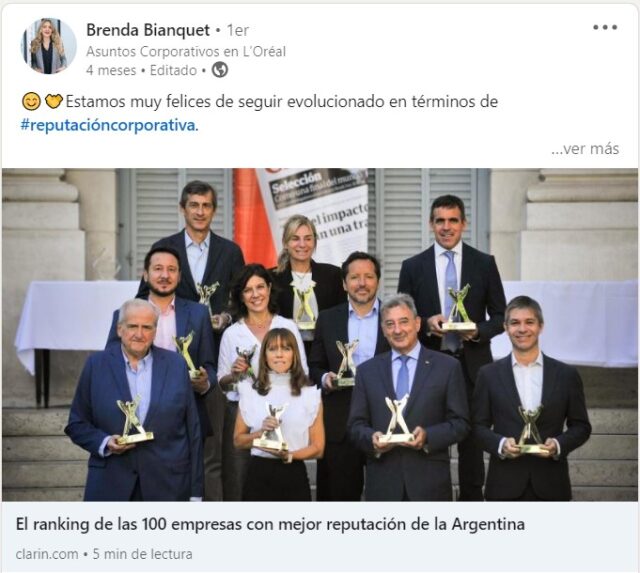 Gignone’s letter after the chaos