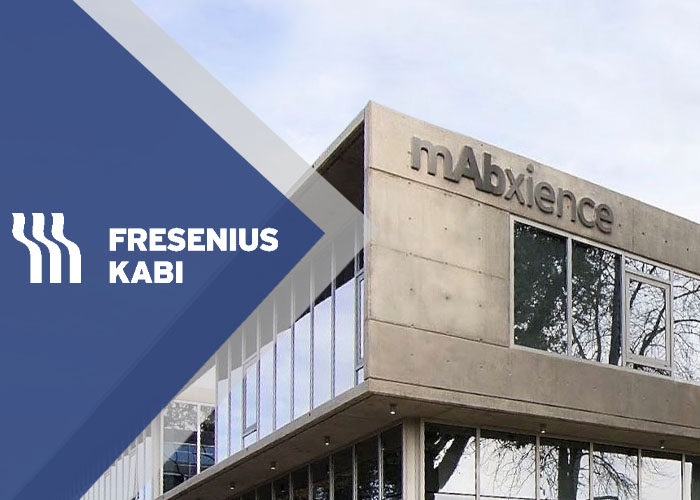 Drugmakers built from Argentine capital are rarely come up for sale with shareholders remaining firm against the ups and downs seen at the multis who often reverse their investments in the country. But this time, the current went a different way. The Insud group opened the door for Germany’s Fresenius to take a 55% stake in mAbxience. The company aims to scale internationally.

The forecasts brewing since last year about Insud Group selling part of mAbxience, its biopharmaceutical business dedicated to the production of monoclonal antibodies, were spot on. Germany’s Fresenius, which was always mooted as the big favourite, has reached an agreement to buy 55% of the company for an initial payment of €495 million. See Press Release.

The deal includes further disbursements for milestones linked to the achievement of commercial and development targets. Meanwhile, the contractual provisions contemplate a purchase-sale option for 45% of the remaining shares that stay in the hands of the current owners.

German group Fresenius has been operating for a long time in Argentina. Fresenius Kabi, which primarily markets parenteral formulas, is headed by Gabriel Froidevaux. Its headquarters is in the neighbourhood of Belgrano in the capital Buenos Aires.

The acquisition of a majority stake in mAbxience, which became rather famous for manufacturing the raw material for the Latin American version of AstraZeneca’s COVID-19 vaccine significantly boosts Fresenius Kabi’s presence in the biopharmaceutical market. «With mAbxience, we are making a step-change in our biopharmaceuticals profile. This is a highly complementary transaction in terms of biologics pipeline, manufacturing capabilities and the business model,» Michael Sen, CEO of Fresenius Kabi said.

The deal provides access to a «highly cost competitive biologics manufacturing capacity
with significant cost synergies expected,» the company said. Through its internal biosimilar programmes and its investment in mAbxience, Fresenius Kabi expects to capture a significant part of the biopharmaceutical market’s rapid growth.

mAbxience markets two biosimilar products: rituximab which takes Roche’s Mabthera as its reference and bevacizumab, which is a bio of Avastin, also from Swiss-based Roche. Its pipeline features molecules in immunology and oncology which are expected to see worldwide launches between 2024 and 2029.

The sellers say the deal will favour new business in biotechnology, expand production capacity and allow the business to maintain its identity, brand and team. Insud Pharma will get more resources to increase investments and growth globally. “With this alliance, Insud Pharma wants to accelerate the growth of its biotechnology unit, favouring new opportunities for mAbxience clients and increasing its research and development activities. In fact, in early May a new R&D centre is scheduled to open in Spain,” the company added. See Press Release in Spanish.

“This transaction represents a huge opportunity for the industry in general, to grow mAbxience and to collaborate and work together with a company like Fresenius Kabi”, declared Lucas Sigman, CEO of Insud Pharma. Meanwhile, Emmanuelle Lepine, CEO of mAbxience, said the agreement “will allow further progress on our pipeline and accelerate our ability to expand. This new era will provide more opportunities to grow in key areas with a high technological level of development and manufacturing, as well as to strengthen access to strategic markets.»

mAbxience was founded in 2010 by the Argentines Hugo Sigman and Silvia Gold as the biotechnological division of Insud Pharma. It specialises in developing,  manufacturing and commercialisation of biopharmaceuticals for different therapeutic areas. Currently, it has three plants in Spain and Argentina, from where it also offers development and manufacturing services (CDMO) for clients. The company has approximately 600 employees and achieved sales of about €255 million in 2021. It began looking for a partner to buy part of the company last July See website.

The board of both groups have unanimously approved the transaction, which remains subject to regulatory approvals and other customary closing conditions. It’s expected to be complete mid-year. In parallel, Fresenius Kabi is also buying the American medtech company Ivenix for an initial outlay of $240 million. Both operations will form part of Fresenius’s infusion, transfusion and clinical nutrition tech business’s «Vision 2026» growth strategy.