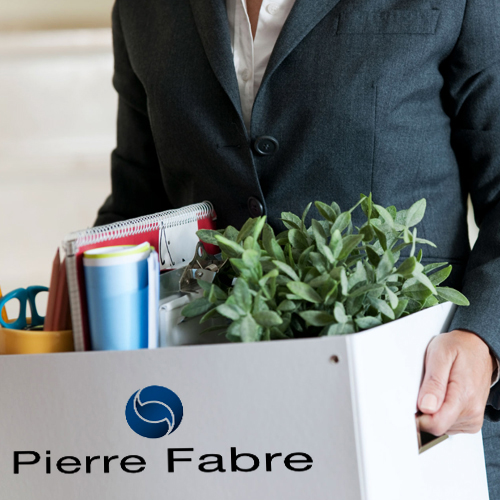 Several major multinational companies have taken the decision to pull out of Argentina during the Covid-19 lockdown. The airline Latam and the sports brand Nike are now followed by the French drugmaker Pierre Fabre. Company restructuring and the local devaluation are the main factors responsible.

Pierre Fabre’s opening of a new local headquarters in 2017 raised expectations for a new period of glory in Argentina, but it seems to have been the start of the end. Just three years on, the French drugmaker, best known for dermatological creams Avène; Klorane; Ducray; and Elancyl is leaving the country.

Pharmabiz has learned from reliable sources that local drugmaker Sidus will take on the company’s Argentine assets. The local company, which belongs to the Argüelles family, has represented Pierre Fabre in Argentina in the past.

Pierre Fabre is believed to have taken the decision to exit Argentina because of the continual devaluation of the Argentine peso combined with restrictions on buying foreign currency making a business with 100% imported products difficult to sustain. Unlike competitors, the company lacks other segments to compensate results.

The decision will put competitors in the dermocosmetic sector on alert. The main competitors are all multinationals: Germany’s Beiersdorf with Eucerin; France’s L’Oréal with La Roche-Posay and Vichy; and the US’s J&J with Neutrogena. They’ll all now find themselves up against Sidus, with its troop of visitors to dermatologists and pharmacias.

Pharmabiz has learned that in May, due to the recession and a lack of business because of the Covid-19 lockdown, Pierre Fabre saw sales of AR$50 million (US$706,700 at the official exchange rate*), while in the same month in 2019 sales were AR$48 million (US$1 million according to the exchange rate at the time**). With annual inflation at more than 50% and a severe devaluation of the peso, it’s a steep decline in revenue for the company led by Serge Bouteleau.

Sidus has a much more heterogenous structure to endure current challenges and a strong sales force with close ties to pharmacies and dermatologists capable of boosting sales of lines that have lost weight in the local market due to the rising prices of imported brands. From August 1, Sidus will take on Pierre Fabre’s close to 160 staff in Argentina. Nearly half work in the commercial area, with the remainder in production. Sidus will also take on the company’s raw materials plant.

The Argüelles family’s firm already has a close historical link with Pierre Fabre. Until 2016 it had a distribution deal for the French drugmaker’s vascular protection Cyclo 3 capsules and cream and the anticoagulant Cycloparin gel from Pierre Fabre’s pharma division, which already exited Argentina due to low profitability.

Pierre Fabre has had a direct presence in Argentina for around 20 years. Its arrival towards the end of the 1990s with Luc Ottavioli at the helm brought an end to a previous agreement for representation with Sidus.

Now, as well as the dermatological brands, it will also take on the company’s Oral Care line, comprising the toothpastes Elgydium; Parodium; and Pansoral; and the oncological drugs Navelbine; Javlor; and Busilvex.

Pierre Fabre’s operations in Argentina declined after the exit of Luc Ottavioli after more than a decade in 2012. He was succeeded by Stephane Labattut for less than a year before she left the country due to security incidents. Most recently under Bouteleau, the company has been criticised for spending US$ 42,000 a month in rent for oversized luxury offices while sales struggle.

The company was in the spotlight in 2018 when it fired and took legal action against its trade marketing manager after stock went missing from deposits and entered the blackmarket. See article.