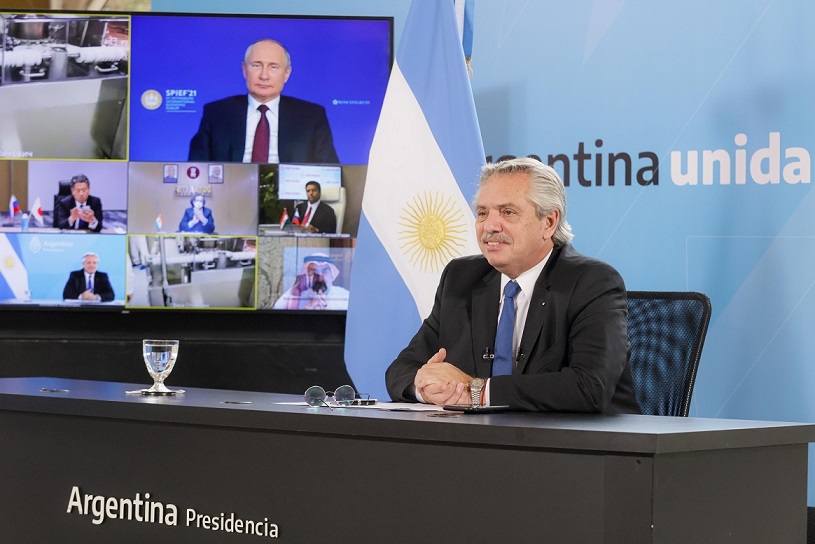 Publicity from the president’s office broadcast this weekend declared Argentina «the first country in Latin America to produce doses of the vaccine Sputnik V.» But there’s still a long way to go. Once Russia actually sends the main active ingredient, it’s estimated that the process to obtain the «first batch» finished in Argentina could begin on Friday. Everything will be done at a plant belonging to the drugmaker MR Pharma, not at Richmond’s plant as reported in government sources.

A presidential videoconference was held on Friday afternoon. It was attended by Argentina’s president Alberto Fernández and the President of the Russian Federation, Vladimir Putin.

The meeting via Zoom gave the official framing to a process that still has some way to go before it really starts – Argentina’s fill-finish of the Russian COVID-19 vaccine Sputnik V. This very weekend, an ad broadcast by the Argentine presidency began stating: «Argentina is the first country in Latin America to produce doses of the vaccine Sputnik V» (see below). However, the declarations don’t strictly adhere to reality.

In first place, it was said at the conference that on Sunday (June 7) a plane would leave for Moscow to collect the main active ingredient for the vaccine. But this information already conflicts with data released by Pablo Ceriani, president of Argentina’s national airline, Aerolineas Argentinas. It transpired that the flight would only depart for Russia at 2am on Monday. That means the active ingredient will not arrive in Argentina until at least Tuesday, June 8. After following all the technical steps that the handling and transfer of this type of supplies requires, packaging will not start until Thursday June 10 or Friday June 11. See tweet from Pablo Ceriani.

However, this isn’t the main issue. The biggest question is just what volume of the active ingredient will arrive in Argentina. The only data mentioned has been the installed capacity of the Argentine drugmaker that will package the vaccine. Marcelo Figueiras, the owner of Richmond, has repeated that figure tirelessly to any media available. However, Figueiras has omitted to mention that the fill-finish will actually be carried out at MR Pharma, the same Argentine drugmaker that packaged the «pilot batch«. This arises from a basic technical requirement. If Gamaleya has given the OK to the pilot batch made at the drugmaker owned by the Martínez Ríos family, then the fill-finish of the first batch must also be completed in the same location.

Figueiras is an expert in mischievously combining topics to generate positive communication for a company that’s listed on the local stock market. In a radio interview with journalist Marcelo Bonelli, he spoke about a plant which is expected to be built next year to house the manufacture of Sputnik V in Argentina. However such forecasts mix with the data from the here and now. Argentina’s fill and finish in 2021 will take place at a non-Richmond plant. Click to hear radio interview in Spanish. 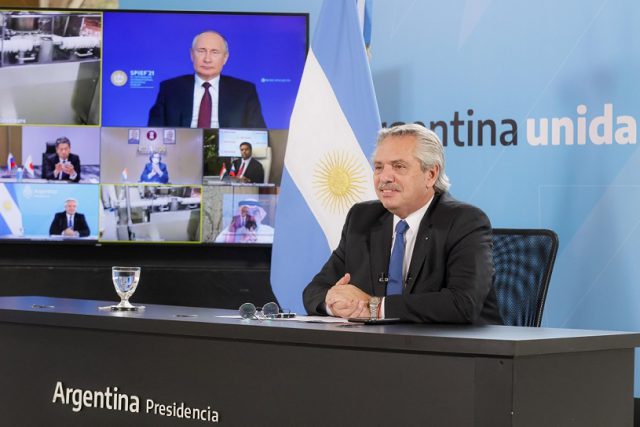