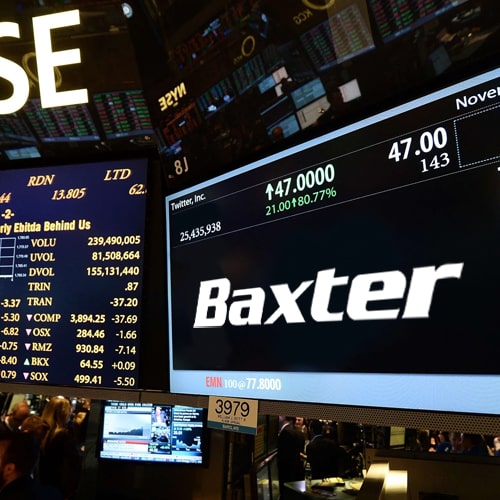 The US drugmaker Baxter has closed the doors on its Argentina operation to definitively leave the country. It leaves Argentina’s Comarsa as its local representative.

Another pharmaceutical multinational has bowed out from Argentina. Pharmabiz has learned that the US giant Baxter is closing its renal care business – its last remaining activity in the country.

The drugmaker has been unconvinced by Argentina’s economic situation for some time and has already wound up its other activities. The renal care business, which includes hemodialysis and peritoneal dialysis was its  one remaining operation. It includes consumibles used at dialysis centres and for home care.

Like France’s Pierre Fabre, which also recently announced its exit from Argentina, it has struck an agreement with a local company to represent its products. See «Pierre Fabre exits Argentina».

The company will leave the Argentine pharmaceutical wholesaler Comarsa as its local representative. Comarsa, based in the city of Rosario, already represents the majority of Baxter’s portfolio on the local market.

It represents Baxter’s parenteral solutions, infusion pumps and other hospital products under a distribution agreement signed in 2013 and in 2017 took on its Clinical Nutrition products and anaesthetics.

The news will come as little surprise to the local market. Baxters has maintained strong operations in other countries in the region, such as Chile, Colombia and Brazil, but has been slowly divesting in Argentina since 2013. It had been expected that in the medium-term it would finally exit the country for good. See table of results.

Rosario-based Comarsa will take on representation of Baxter’s Renal Care business, adding it to a range of Baxter products it’s represented since 2013, including parenteral solutions, infusion pumps and other hospital products.

In 2017 Baxter decided to divest its renal therapy clinic Daomi for the second time in the final installment of a saga of purchases and sales that began in 1996 when the company bought the clinic from four Argentine doctors. It sold the clinic in 2001 amid Argentina’s economic crisis and then bought it back again in 2010, only to hold on to it for less than a decade. See «Baxter divests in Argentina».