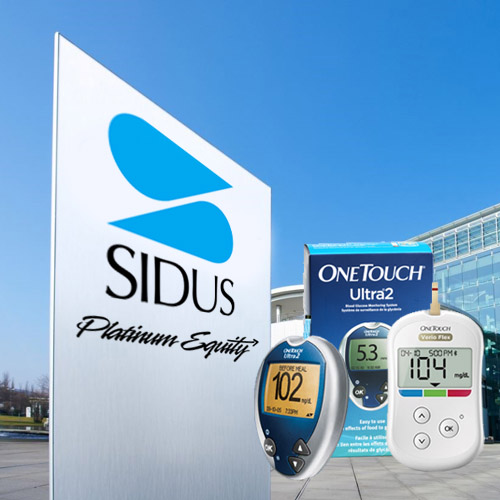 From April 1. Argentine drugmaker Sidus will be the commercial representative of the LifeScan line of blood glucose monitors in Argentina. The brand, which belongs to the private investment firm Platinum Equity has been licensed to firm owned by the Argüelles family and will have no connection with J&J Medical.

Argentine drugmaker Sidus, owned by the Argüelles familia, is to become the official representative of the LifeScan line of blood glucose monitoring products in Argentina.

The company will become the effective owner of the brand in Argentina after sealing a deal with the private equiry company Platinum Equity, which has granted the local company the the registration of its products in the diabetes sector.

Two years ago, Platinum bought LifeScan internationally from US-based J&J. The firm had paid close to US$ 2.1 billion to obtain the brand OneTouch, which has been in Argentina for almost two decades.

The new agreeement means that J&J Medical is now definitively out of the sector in Argentina. Platinum has sold to Sidus the existing inventory imported from different markets. The meters come from China, the reactive strips from Scotland and the lancets from the US. See article in Spanish

With this agreement Sidus enters the competition in the glucose meters and lancets business, which has several major players in Argentina

. They include US-based Abbott which has FreeStyle on the local market, Switzerland’s Roche, sole provider to the PAMI state medical provider for pensioners, and   Temis Lostaló, which has the former Bayer meters Contour.

It creates new competition for Roche. Sidus has a strong salesforce, while the Swiss company led by Marcelo Farachio has seen its business slowly wane, largely because of its position as sole provider to PAMI, the state medical provider for pensioners, which pays late and on a price that’s out of date. See article

Another recent change in the business was the entry of another local drugmaker Temis Lostaló, owned by the Macchiavello family. It closed a deal in 2017 to represent Ascensia, the company created after Bayer let go its Contour glucose meters and reactive strips. See article in Spanish

Elsewhere in the region, Platinum Equity has already signed contracts with several companies. OneTouch will be sold by Salus in Brazil; Medcorp in Chile; Difare in Ecuador, and Operandum in Colombia.

Pharmabiz has learned that Platinum Equity began to advise its customers of the changes this week.  The letters sent out clarify that the last day to receive orders in the name of J&J will be Wednesday March 11, after which a transition period will begin and orders will be answered by Sidus.